Leading from the Edge – Self-Reflection 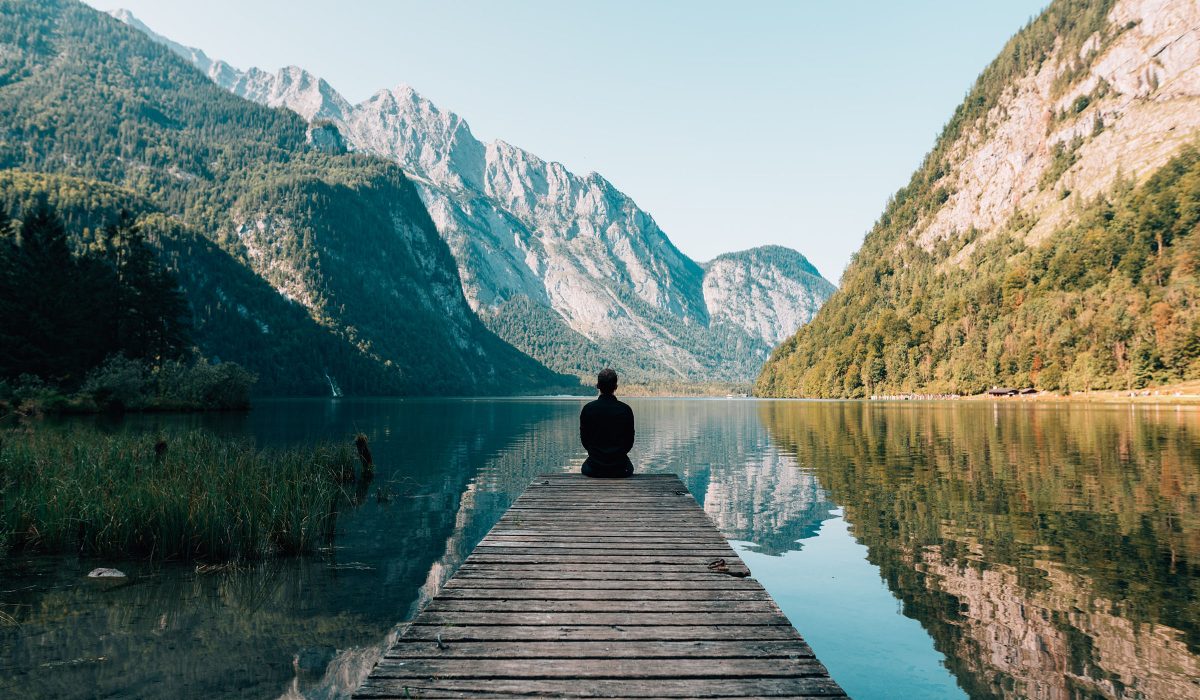 The new year is a time for new beginnings, inspirational dreams, audacious goals, and most importantly, a moment for self-reflection. I am particularly excited about the new year’s prospects and believe that 2022 will be a breakthrough year on so many fronts.

Armed with a year of introspection coupled with deep self-reflection, this could be the Intentional Leadership year that I have been working toward all my life.

As many of you know, my book The Intentional Leader was released last year, and it has been well received. My audience has grown because of its release, and so far that feedback has been nothing short of exceptional.

I am doing interviews and podcasts about intentional leadership. It’s uncomfortable and awkward talking about myself and the book. I know it has been a lifelong journey—a significant life accomplishment despite being dyslexic. I should be proud of my achievement and ride the wave of exhilaration.

But the fraud police have been on patrol, and right before the start of the new year, they pulled me over. While working on my LinkedIn account, I received a message that momentarily took the wind out of my sails. A full-blown frontal assault on my character, intentions, and actions. Well, not really, but I took the message seriously. It was a moment for full self-reflection.

First of all, best wishes for all that may follow the publication of your book.  John C. Maxwell began advising “Intentional” leadership many years ago, and its tenets contain simple yet timeless wisdom. About humility:  there is very little on the subject that has not already been said by Maxwell, Covey, Drucker, Dale Carnegie, and a roomful of others.

I have not read your book, and I am certain that you put your own spin on all the truisms it espouses.

When I read some of your follower’s comments reacting as if you are handing down Revelation, I pause for a moment and wonder from whence they come.

Be careful not to cross the line between humility and raw self-promotion. *

I had to pause for a moment, and then I reread the message. At first, I was ready to disregard the commentary. After all, what could I learn from someone who has not read my book?

Once again, I reread the note and decided to spend some time with the idea that my intentions and purpose weren’t noble. That somehow, I had been hijacked by my EGO – one of the four symptoms of Ghost Mode. Maybe, I was acting out of self-interest; after all, I have spent a lot of time promoting The Intentional Leader. Perhaps, I crossed some invisible line.

One morning between Christmas and New Year, I decided to reach out to the messenger. I wanted to see what he had to say, and more importantly, I could learn from this moment of truth.

I thanked him for his insight – mentioned my appreciation for his time to connect with me. I asked him for his address to send him a copy of my book. I worked with him to schedule a Zoom meeting to have a virtual conversation about leadership, humility, and intentionality.

To my great pleasure, we had an incredible Zoom discussion. He read my book and came prepared with notes, dog-eared pages, and scribbles in the margins. We were both excited about exchanging feedback, thoughts, and ideas.

He shared that he loved the book’s personal, straight at you, street-level style. He felt that not only did the book explore leadership, like so many, but it offered a real-world pathway to become a better leader in all facets of your life. And lastly, he thought the book encouraged the reader along the way, providing an aspirational way of being brave enough to be vulnerable.

Lucky, I found the courage to reach out to a potential critic and have a heart-to-heart chat. Through this conversation, I found some validation, gained feedback that will help with future writing, and experienced new insight about who I am as a person. Paul, if you are reading this newsletter, THANK YOU!

Intentional leaders remember that “Life isn’t about finding yourself. Life is about creating yourself.”

Giannis Sina Ugo Antetokounmpo is a Greek professional basketball player for the National Basketball Association’s (NBA) Milwaukee Bucks. Antetokounmpo’s nationality, in addition to his size, speed, and ball-handling skills, has earned him the nickname “Greek Freak.”

During the 2021 NBA finals, Giannis had a Sports Center moment with a monster block on Phoenix’s Deandre Ayton. When asked about the block, he responds with this gem of a life lesson:  When I focus on the past, that’s my ego. When I focus on the future, it’s my pride. I try to focus on the moment, be in the present, and that’s humility.

[VIDEO] Are you an Intellectual Explorer?

Researching ego and humility, I came across this Big Think’s video, Become an Intellectual Explorer: Master the Art of Conversation, starring Dr. Emily Chamlee-Wright. Check out one of the Top 10 Videos of 2019.

Dr. Emily Chamlee-Wright is the president and CEO of the Institute for Humane Studies, which supports and partners with scholars working within the classical liberal tradition. She was previously Provost and Dean at Washington College in Chestertown, Maryland. Before joining Washington College, she was Elbert Neese Professor of Economics, and Associate Dean at Beloit College in Beloit, Wisconsin.

During a particularly transformative period at Atrion, I read the business book Mavericks at Work: Why the Most Original Minds in Business Win. I became an instant fan of one of the authors, William C Taylor (Bill), and followed his work.

Bill is a best-selling author, celebrated entrepreneur, and groundbreaking thinker who shows organizations and their leaders how to compete, innovate and win—during times of growth as well as times of crisis.

Recently, I discovered the Harvard Business Review article “If Humility Is So Important, Why Are Leaders So Arrogant?”. This article illustrates why humility is such an essential component of Intentional Leadership.

Greatness does not lie in the wild, the beautiful, and the bold. Instead, it’s found in all the little things in life. When we allow ourselves to be little or humble, we open ourselves to a whole new level of understanding who we are and what we can accomplish. It is through our humility that we conquer our ego and achieve greatness. In the immortal words of one of my favorite thought leaders:

“A great man is always willing to be little.”
Ralph Waldo Emerson

I have hit my first promotional milestone! As of today, I have exceeded over thirty-eight Amazon five-star ratings. I have received thirty global reviews. So far, all feedback has been positive and very kind.

Even though, I have achieved my first milestone, I have many more to go. I will need even more reviews for Amazon to keep me integrated into the recommendation engine. My next Milestone is to get to fifty reviews by the end of March 2022. I need twenty more reviews and I need your help!

I would love to hear what you think. Feel free to note me a note. Even better would be an Amazon rating and review! 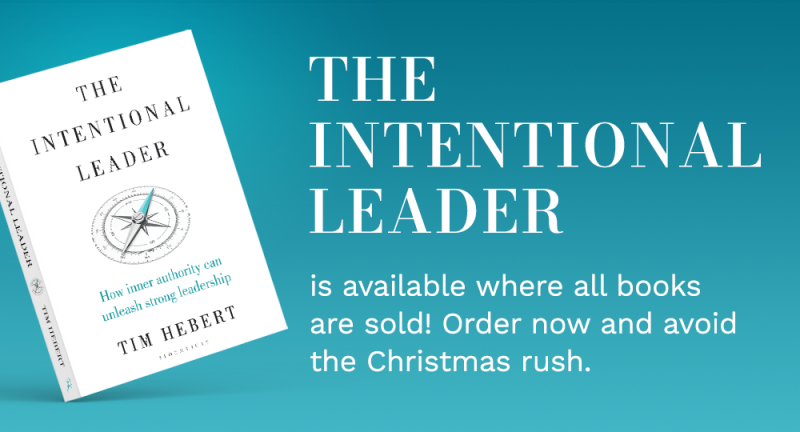 At the end of last year, I was interviewed by Scott and Pam Harper of “Growth Igniters® Radio.” And Monday, January 10th, they published their podcast – Episode 203, Becoming an “Intentional Leader” – featuring our interview.

We had a fantastic discussion about my new book, The Intentional Leader. Scott and Pam have done an outstanding in the production of this podcast, and they worked their magic job making me sound smart.

Check out some past interviews with Growth Igniters® Radio:

On Thursday, January 20th, I was interviewed by David Ciullo for his Career Management Associate’s HR Power Hour Radio. We had an amazing conversation about The Intentional Leader and leadership transformation. The Podcast is scheduled for release on March 26, 2022.