Leading from the Edge – Meaning 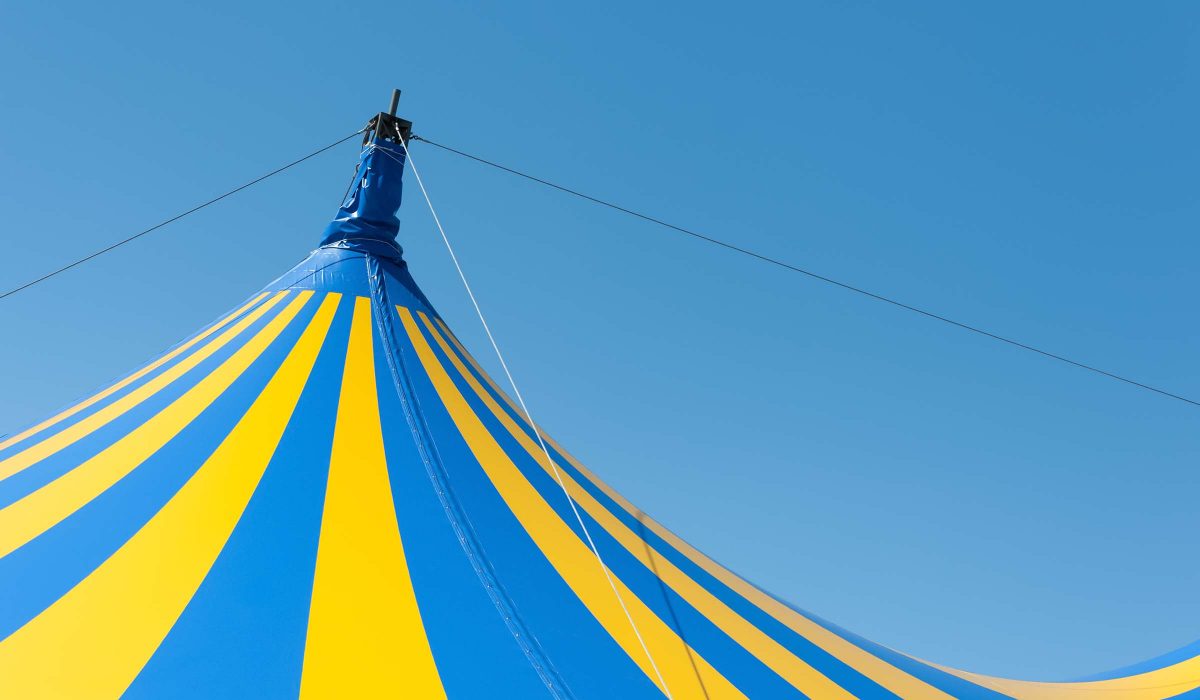 I remember connecting clients to the internet back in the day. Its adoption was limited, and many corporations were proclaiming that they would never connect. But I knew that this innovation would change the world and the way we would share information. Click here to watch a throwback video about the internet—what a blast from the past. Little did I know how much it would change.

This weekend, I came across a beautiful little story attributed to Katharine Hepburn and her father. Just because you can’t believe everything you find on the internet, I spent countless hours researching its origins. Unfortunately, this story is not about Katharine’s father. It seems to be the creation of Dan Clark, a motivational speaker and life coach who has contributed several short stories to the Chicken Soup series.

Here is the story about the power and impact of giving. Enjoy!

Once when I was a teenager, my father and I were standing in line to buy tickets for the circus.

Finally, there was only one other family between us and the ticket counter. This family made a big impression on me.

There were eight children, all probably under the age of 12. The way they were dressed, you could tell they didn’t have a lot of money, but their clothes were neat and clean.

The children were well-behaved, all of them standing in line, two-by-two, holding hands as they prepared to purchase the tickets. They were excitedly jabbering about the clowns, animals, and all the acts they would see. You could sense their excitement, knowing they had never been to the circus. It would be a highlight of their lives.

The father and mother were at the head of the pack, standing proud as could be. The mother was holding her husband’s hand, looking up at him as if to say, “You’re my knight in shining armor.” He was smiling and enjoying seeing his family happy.

The ticket lady asked the man how many tickets he wanted? He proudly responded, “I’d like to buy eight children’s tickets and two adult tickets so that I can take my family to the circus.” The ticket lady stated the price.

The man’s wife let go of his hand, her head dropped, the man’s lip began to quiver. Then he leaned a little closer and asked, “How much did you say?” The ticket lady again stated the price.

Seeing what was going on, my dad reached into his pocket, pulled out a $20 bill, and then dropped it on the ground. (We were not wealthy in any sense of the word!) My father bent down, picked up the $20 bill, tapped the man on the shoulder, and said, “Excuse me, sir, this fell out of your pocket.”

The man understood what was going on. He wasn’t begging for a handout but certainly appreciated the help in a desperate, heartbreaking, and embarrassing situation.

He looked straight into my dad’s eyes, took my dad’s hand in both of his, squeezed tightly onto the $20 bill. With his lip quivering and a tear streaming down his cheek, he replied, “Thank you, thank you, sir. This means the world to me and my family.”

My father and I went back to our car and drove home. The $20 that my dad gave away is what we would have used to buy our tickets.

Although we didn’t get to see the circus that night, we both felt a joy inside us that was far greater than seeing the show could ever provide.

Putting Man on the Moon

What do you do?

It is a common question we ask one another. You have probably asked someone this very question within the last week. We ask our colleagues. We ask strangers, and we even ask our children, “what do you want to be when you grow up?”

But have you ever taken time to think about your response? Do you answer with some variation of – “I am the CEO of a technology company” or “I do the accounting for company ABC”. Or do you respond with something pithier?

Here is a great article found on medium.com that discusses the importance of purpose and vision on your response to this vital question. Click here to read, “How Great Leaders Communicate Big Vision So That Others Want To Join In.”

“My days were monotonous, and I had lost my connection to many of the executives who were running daily operations. What had once been my reason for being now felt like a job.” ~ Blake Mycoskie.

Many spend a lifetime looking for purpose and meaning in their work. They try new roles. They change companies and take on additional responsibilities. They change careers, and yet, nothing brings them meaning, contentment, and passion. It’s the age-old struggle between survival and meaning. How do you creating more meaning in our lives?

Here is an exciting story about how TOMS’s founder built the company centered around the core purpose of A better tomorrow is one where humanity thrives. Then for no reason at all, lost his purpose. Read the Harvard Business Review article: “The Founder of TOMS on Reimagining the Company’s Mission.”

“Everything can be taken from a man but one thing: the last of the human freedoms—to choose one’s attitude in any given set of circumstances, to choose one’s own way.” ~ Viktor Frankl

As I have been bombarded by the news. The TV blares COVID this, and election that. We are awash in a sea of toxicity. I wonder where the meaning behind all this noise is. Regardless, we can find purpose and choose our response independent of our circumstances.

During all of this, I revisited the work of an Austrian neurologist, psychiatrist, and Holocaust survivor, Viktor Frankl. he devoted his entire life to understanding and promoting meaning and purpose in life. Frankl is most noted for his best-selling book Man’s Search for Meaning based on his experiences in various Nazi concentration camps. I recommend adding this book to your leadership library.

So, what gives you meaning in your life?

While writing this edition of Leading from the Edge, I listened to R.E.M.’s Out of Time album. Wait, do we really listen to albums anymore? But I digress.

Based on what is going in the world around us, the lyrics to “Losing My Religion” really struck a chord. According to the band’s lead singer, Michael Stipe, the phrase “losing my religion” is an expression from the southern region of the United States, meaning “losing one’s temper or civility” or “feeling frustrated and desperate.”

Regardless of the meaning, it’s a beautiful little pop song that will brighten your day – just a bit. Click here to check the song’s imagery filled music video: “Losing My Religion”