Leading from the Edge – Giving 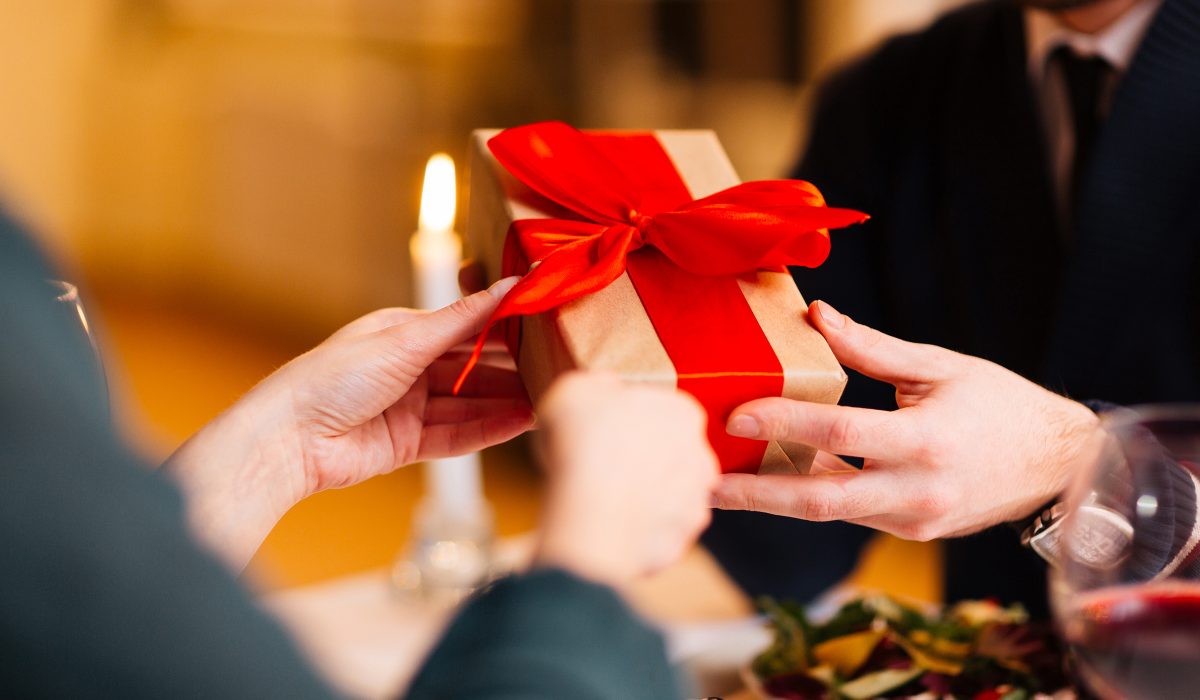 When I was a kid, Christmas was a magical experience. I remember waiting for the Sears’ Christmas catalog, first snow, getting our Christmas tree, and then Christmas Eve. After all these years, it’s still a magical time. We each have our favorite memories that bring joy to our hearts. Here is one of mine.

Some would say that I was a weird child, and they wouldn’t be wrong. On my fourth birthday in mid-October, I became obsessed with Santa Claus and Christmas. I could not fathom how he could travel to all the homes in the world in one night. My parents attempted to explain Santa’s magic, but I wasn’t buying it.

Halloween came and went, and my queries intensified. I was convinced that Santa was a hoax. As Thanksgiving passed, my neighbor and relatives complained to my parents that I would ruin Christmas for their kids. After numerous persuasive attempts, my mother caved and told me the whole truth and nothing but the truth. I was relieved but far from satisfied.

My new mission became to catch my parents playing Santa Claus! For the next two years, I would devise plans to catch them pretending to be Santa. But to no avail, I would fall asleep, only to wake up the next morning with presents under the tree.

Christmas morning was always incredible. Beautifully wrapped presents were placed neatly underneath the tree. Then there were the gifts from Santa – unboxed, assembled, and strategically laid out in all their glory. All this enveloped in the smell of cinnamon rolls baking in the oven.

Finally, at the age of seven, I hid in our laundry room with the door ever so slightly opened. I had a direct view of the living room, and my parents sat on the floor assembling toy after toy, arranging each one strategically beneath the tree.

Soon, they got to my big present, a slot car racing system. I could hardly contain myself as I watched them assemble the track. My father tested my gift by racing a car around the track. Soon, my mother had a controller in her hand and a car on the track.

My parents acted like children playing with the car racing system. They laughed when cars flew off the tracks. My mother giggled when she crashed into my father’s car. For the first time in a long time, my parents were enjoying the moment. Their laughter and joy warmed the evening.

I got more enjoyment watching my parents than I ever got playing with my toy. I began to understand the holiday was something much more than getting gifts. It was about the small experiences in life and the immense impact that they had.

What special holiday memory do you have? How has it shaped your thoughts and actions? As you head into this holiday season, what are you giving back to the world? How are you going to create small experiences that will be remembered for years to come?

When faced with a tough choice, would you make the right decision? Watch a group of children face one of the most challenging choices of their lives. Will they make the right one? Dry eyes are not required.  Click here to watch!

Several years ago, I came across the book, Give and Take: Why Helping Other Drives Our Success, by Adam Grant. His book changed the way that I think about the forces that shape our success. This graphically illustrated video provides a fantastic overview of the book’s content and is a great starting point. Click here to watch!

“The purpose of life is to discover your gift. The meaning of life is to give your gift away.”
This statement is often attributed to the influential painter Pablo Picasso, but like many things on the internet – not true. So, who really made this statement?

According to www.quoteinvestigators.com, David Viscott is credited with this quote. His quote appears in his book, Finding Your Strength in Difficult Times: A Book of Meditations. Here is the complete quote:

During this holiday season, I have been listening to two songs by one of my all-time favorite alternative bands from the 1980s, Cocteau Twins. A group whose distinctly ethereal and gossamer sound virtually defined the 80s dream pop sound and movement.

The Cocteau twins were originally formed by guitarist Robin Guthrie, bassist Will Heggie and Elizabeth Fraser, an utterly unique performer whose swooping, operatic vocals relied less on any recognizable language than on the subjective sounds and textures of verbalized emotions.

Check out their version of Frosty the Snowman and Winter Wonderland.

Even in some of the worst economic conditions ever, charitable giving rebounded in the second quarter of 2020, boosting total giving in the first six months of the year by nearly 7.5 percent on a year-over-year basis, a report from the Fundraising Effectiveness Project finds.

Today, our world is in need now more than ever. There will be a continued increased need in our communities, coupled with the impact of a slow economic recovery. So, how can you make a difference? Can you make a small donation to some cause or someone in need? Can you volunteer a couple of hours for a few weeks? Can you be there for someone who needs a friendly face and someone to listen?