Leading from the Edge: Footsteps 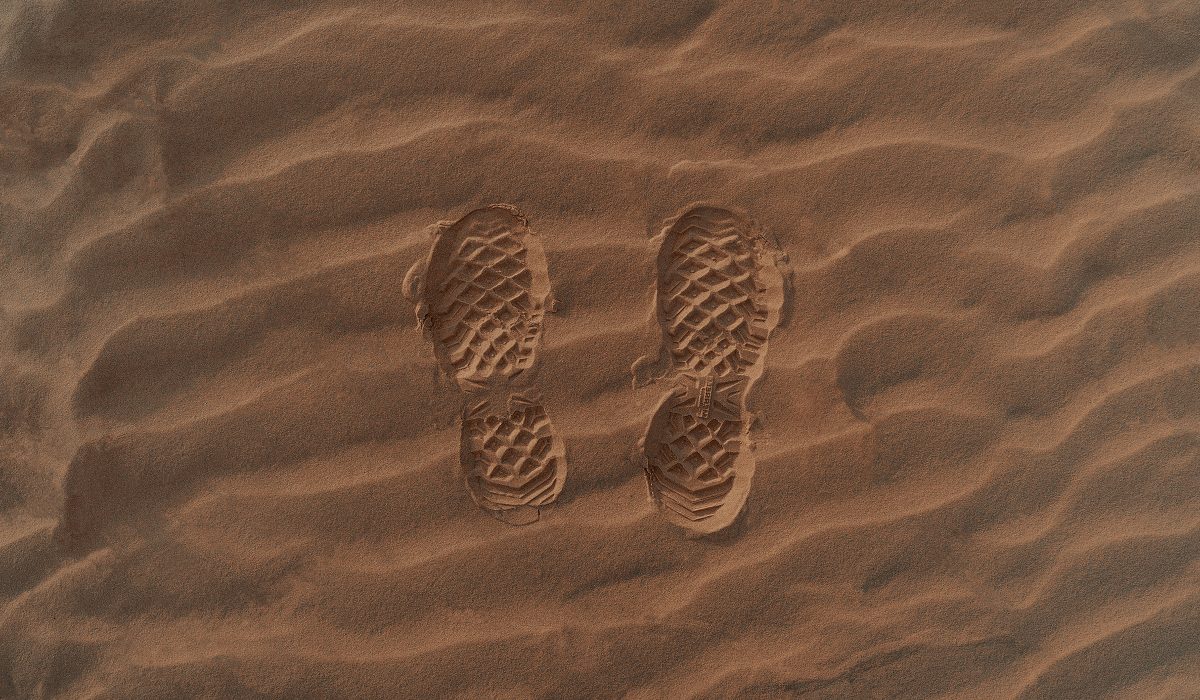 As many of you might know, my father recently lost his battle with COVID. His untimely passing caused great self-reflection and made me question ‘how do we measure the quality of our life?’ In your final days or at your memorial service, what will others say about you?

We know that nary a mention of the assets you owned, or of the wealth you accumulated, or the history of your resume. Most people will focus on how you made them feel, the impact you made in their lives, or your character’s quality. Like footprints in the sand, they will honor the memory of the impressions you left.

A few years ago, I lost a dear friend to pancreatic cancer. He was in his early 50’s and a paragon of good health. It shocked me to my core, along with his many friends. Searching for existential answers, I came across the following quote:

At his wake and funeral, I met so many people affected by Glenn and what he had given to them. Sometimes it was only a sympathetic ear, piece of advice, or words of encouragement. Other times, it was his advocacy, mentorship, and friendship. His life was defined by what he was willing to give. So, how do you create that kind of legacy?

Being a good person and living a good life is a starting point. But can we intentionally shape those impressions? Can we leave footprints that stand the test of time and weather the fiercest storms? Can we reach out with an invisible hand and gently nudge those around us? I believe that we can.

However, it requires intentionality. We must be consistently intentional with our actions. As I began my leadership journey, I created my leadership philosophy. This simple memo defined my four leadership principles: intention, inspiration, investment, and innovation.

Simply put, I would act with deep intention and a good heart aligned with my core values. I would inspire myself and others to reach deep within ourselves to be better tomorrow. I would find a way to invest in others and aid them in their journey. And finally, I would challenge the social norms and the status quo creating meaningful change in the world.

Sometimes, it was challenging to step up to the moment and lead. And I will declare, there were times when I failed to live up to my philosophy. But with every step and action, I would try to return to my intention. I viewed every moment as a choice to stand up and lead. I could intentionally decide how I want to stand and lead. I could determine what kind of impression I would leave behind, and most importantly, I could choose to be the person I wanted to be.

A classic Zen Koen asks, “If a tree falls in a forest and nobody is there to hear it, does it make a sound?” Now, consider this question: If a leader walks out of the office each night, each year, and at the end of a brilliant career, yet leaves no long-term impact on others, what did they leave behind?

So, what kind of footsteps are you leaving behind? How will you be remembered? But more importantly, how do you want to lead?

[VIDEO] What Verse Will You Contribute?

One of my all-time favorite movies is the Dead Poets Society. In which Walt Whitman’s short but great poem, ‘O Me! O Life!’ was featured. Here is a video clip of Robin Williams’s character, John Keating, reciting it to his class.

In Whitman’s classic poem, he asks, “what is the recurring meaning of life?” His answer is the worth of life lies precisely in life itself. The simple fact that we are here, alive, and have the chance to contribute in some small way to the sum of human endeavor and happiness.

So, what verse will you contribute?

Here is a slightly edited story from a website called the Wealthy Gorilla. (I didn’t name it.)

A gentleman was walking through an elephant camp, and he noticed that the elephants weren’t being kept in cages or held by chains. All that was holding them from escaping was a small piece of rope tied to one of their legs.

Watching the elephants, the man was surprised to see that no elephants use their strength to break the rope and escape. They could easily have broken the small rope, but instead, they never tried to leave.

Curious and wanting to know why he asked a nearby trainer.

The trainer replied, “when our elephants are very young and much smaller, we use the same size rope to tie them and, at that age, it’s strong enough to hold them. As they grow, they are conditioned to believe they cannot break free. They believe the rope can still hold them.”
Over time the elephants were conditioned to believe that they could not break free. They adopted the belief and mindset that it just wasn’t possible.

So, what beliefs are holding you back?

The Results Are In

What is the one thing you want to be remembered for?

This is the question that 1,344 of the world’s CEOs in 68 countries were asked as part of PwC’s 17th Annual Global CEO Survey. In responding, almost half of them (48 percent) said they wanted their legacies to be that they grew or transformed their businesses. They wanted to be remembered for things like:

Many CEOs cited personal attributes such as integrity, honesty, ethical leadership, transparency, and fairness as important to their leadership legacies.

Today, I went out for my routine 4 AM run. With 14-degree temperatures and 20-mile an hour winds, I longed for spring. Oh, how I long for that which I lost so long ago.

“Had I known that you would be my first glimpse of spring, I would’ve kissed every fallen petal of my hope along the way.” ― Sai Pradeep