Core Values: Your GPS on Where to Head 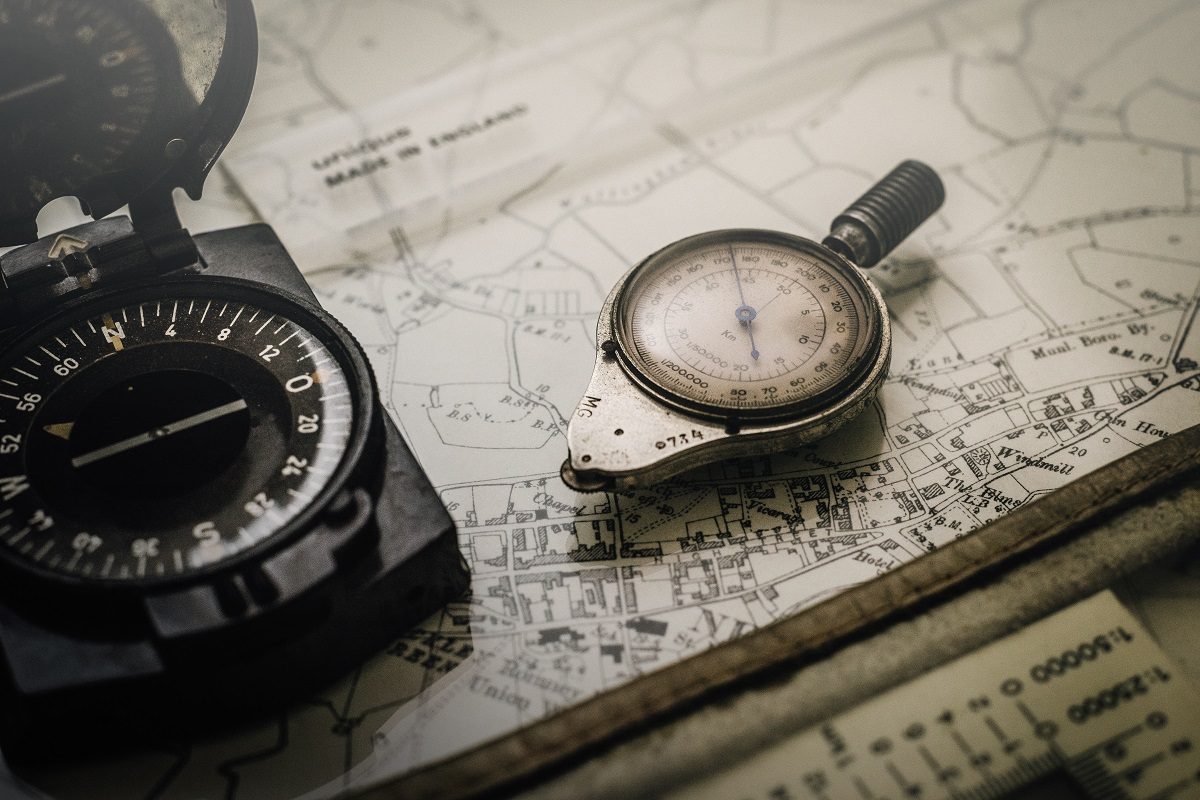 The term “core values” is thrown around in corporate leadership programs and professional leadership workshops around the world. However, where do your core values come from?

For me, my values have developed and evolved. Some of my deepest values took root through shared experiences with family, friends, teachers, coaches, mentors and deep self-reflection.

The first imprinted value occurred at the ripe old age of 4. On my first grocery shopping excursion with my mother, I decided that I wanted—no I needed—a pack of Juicy Fruit Gum. I did what any sensible youngster would do when your mother says “NO” four times. I pocketed the packet of gum.

Later in the day, my mother caught me chewing my ill-gotten gains, and she realized the “felony” I committed. She dropped everything and brought me back to Sampson Supermarket so that I could confess my sin to the general manager.

Many years later, I reflected on this moment realizing that my mother could have taken the gum away (which I believe most parents would do) as a means of punishment. However, my mother went one step further and made me stand up and take responsibility for my transgression. She also made me pay the 12 cents for the pack of gum.

I began to understand why integrity became a significant value in my life. The shared experience with my mother taught me two valuable lessons about leadership:

My mother did not have to make me face the music with Sampson’s general manager, but she did. Only later in life did I realize how valuable integrity and honesty were to her and her core values.

Early in my career, I recognized that effective, purposeful leaders are centered in who they are and what makes them do the things they do. In short, they are intimately familiar with their core values, and every action and decision is deeply rooted in their beliefs.

Much like a GPS, your core values serve as directional cues as to where you should head and the steps you should take to get there. Your core values are non-negotiable principles for which you will sacrifice to protect. They enable you to honor your true north. They help you gain clarity on what you stand for and how you choose to operate.

A few weeks ago, I wrote a blog, “We Are in a Leadership Crisis: What Are You Going to Do About It?” in which I discussed the erosion of intentional leadership at the personal and organizational level. There are many reasons I believe we are in crisis, namely the fact that we are not leaning on our internal GPS to make the right decisions. In short, we are often lost, without a clear sense of direction.

Unfortunately, in this fast-paced world, most people have not taken the time to understand and define their core values. Many of us have an ambiguous relationship with them. We kind of know what is right and wrong, but seldom do we understand where these values originated. Most of us observe our parents, families and friends and may absorb the attributes that we admire. However, do we really know our core values? Are they written down? Are they defined and prioritized?

If you are like many people, the answer is kind of or not at all.

The answer to how to be a better leader most often starts with creating clarity and decisiveness around your core values. To begin defining your core values, it’s helpful first to review the different types of values that exist.

For years, I struggled with defining my core values. Then, in 2002, I came across a Harvard Business Review article written by Patrick Lencioni, “Make Your Values Mean Something.” Lencioni’s article struck home because I witnessed organizations espousing quality and safety as core values when they weren’t willing to invest in either. Companies touted integrity as one of their four core values but made the headlines with unethical, immoral and illegal behaviors. His article provided clarity by defining four types of values:

When analyzing and developing your core values be careful not to fall into the aspirational, permission-to-play and accidental trap. Instead, focus on creating core values that signify what’s important to you today and not what you wish to stand for in the future.

As an example, early in my career, “family” was not one of my core values, but as my kids started to grow up, I decided to add family as my sixth value. About a year later it became clear to me that despite “family” feeling nice to say as a core value, it was not one of mine. In truth, I didn’t sacrifice for my family. I missed school plays and parent-teacher conferences. I often didn’t take enough vacation or sacrifice family for work functions. It’s because other values—integrity, excellence, equality, etc.—were more important to me. Family, it turns out, was an aspirational value.

It’s OK to admit that certain principles are not core to you—even when society makes you feel wrong for operating that way. The beauty of core values is that they are unique to you. We don’t need to have a superficial relationship with our core values because we believe in them so deeply and earnestly.

When we know our core values intimately, the door to possibility, clarity and purpose opens. Let’s explore…

There are so many ways a deep understanding of core values can positively impact your life, but I want to tee up three core benefits:

Without a deep understanding of your core values, you may unintentionally sacrifice what is important to you; stall in decision making; experience incongruency between your stated values and actions; and send conflicting messages to your community.

For the past 15 years, I have led the Leadership Challenge Workshop, a two-day workshop that helps individuals recognize that leadership is a skill set that can be learned, developed and strengthened. During the workshop, we perform a core values exercise and I ask attendees to write down as many of their core values as they can in 10 seconds. Perhaps not all that surprising, almost everyone has the same core values.

Further along in the class, I ask them to revisit the exercise—against the backdrop of what they have learned about the process for defining and prioritizing values—and wouldn’t you know, the list changes significantly.

Finding our core values is not a quick exercise or one taken lightly. Instead, we must really think about that internal GPS and how we lean on it today, tomorrow and always to inform our decisions.

In the coming weeks, we will review how to uncover your core values. But for now, try a similar exercise to what we do in the workshop…

Grab a piece of paper, a writing utensil and some form of a timer/stopwatch. Set your timer for 15 seconds now and press start. Write down as many of your top values within those 15 seconds. Once the timer expires, review each value to determine if you exhibit the behaviors to support this value most of the time. Hold on to this list, check back in a few weeks to run through a more intensive exercise together and see how much has changed.